As anyone who signs off on corporate learning and development budgets knows, it’s a considerable investment — and big business. According to estimates published by Training, the global spend on employee learning in 2016 was US$360 billion. Expenses for individual development courses range from a few thousand dollars to US$80,000 for the Harvard Advanced Management Program (and that’s just the admission fees!).

In spite of that eye-watering expenditure, corporate learning — and leadership development in particular — is simply not well understood, particularly when you ask about fundamental outcomes: impact and return of investment. Decades of leadership development have been modelled on higher education teaching but, in light of the low tenure rate of executives, it’s obvious many are not getting the development they require to thrive as individuals, let alone successfully lead their organisations into the future.

As learning and development professionals struggle to decide which programs are worth the investment, the title of a recent book from Stanford Graduate School of Business professor Jeffrey Pfeffer gives you a clue to his opinion of the landscape: Leadership BS. Pfeffer describes the gulf between the dogma of leadership and the real world. He writes about “the enormous discontinuities between what people are told and taught they are ‘supposed to do’, and what both social science and everyday observation suggests are the behaviours of some of the most admired and successful leaders”.

We need to acknowledge that learning is not only about the acquisition of knowledge; in fact we are in a knowledge economy, and the support that leaders need is often about creating individual behaviours and making choices in a highly-distracting environment.

We need to ask the hard questions to create a new learning paradigm that enables people and leaders to thrive. Questions like, what’s a waste of time and resources? Have previous programs delivered what they promised? Are the usual modalities relevant for the leaders of today and tomorrow? Are recent models — such as e-learning — true breakthroughs in executive development, or merely expensive fads? How can we integrate modern technology and harness social networks to expand the power of learning across organisations? How can we enable learning to occur as part of the rhythm of an organisation?

It’s apparent to me that the common methods used in instructor-led and e-learning, even in combination, don’t solve the issue in this era of disruption. As leaders tackle massive undertakings such as organisational mindset shifts, they need to stir passion in their people, who are searching for qualities, aspirations and behaviours with which they can genuinely identify and build on. How could such a groundswell possibly come from learning in a traditional classroom or off a laptop? The skills to challenge deeply entrenched beliefs can only be acquired face to face.

On that basis, Maximus has been developing social leadership learning that shifts mindsets through alternate means. We believe that using modern technology to engender active, social learning is the key to rethinking traditional learning and development in organisations, and is a receptive way to challenge the prevalent fundamental beliefs right across the whole business. 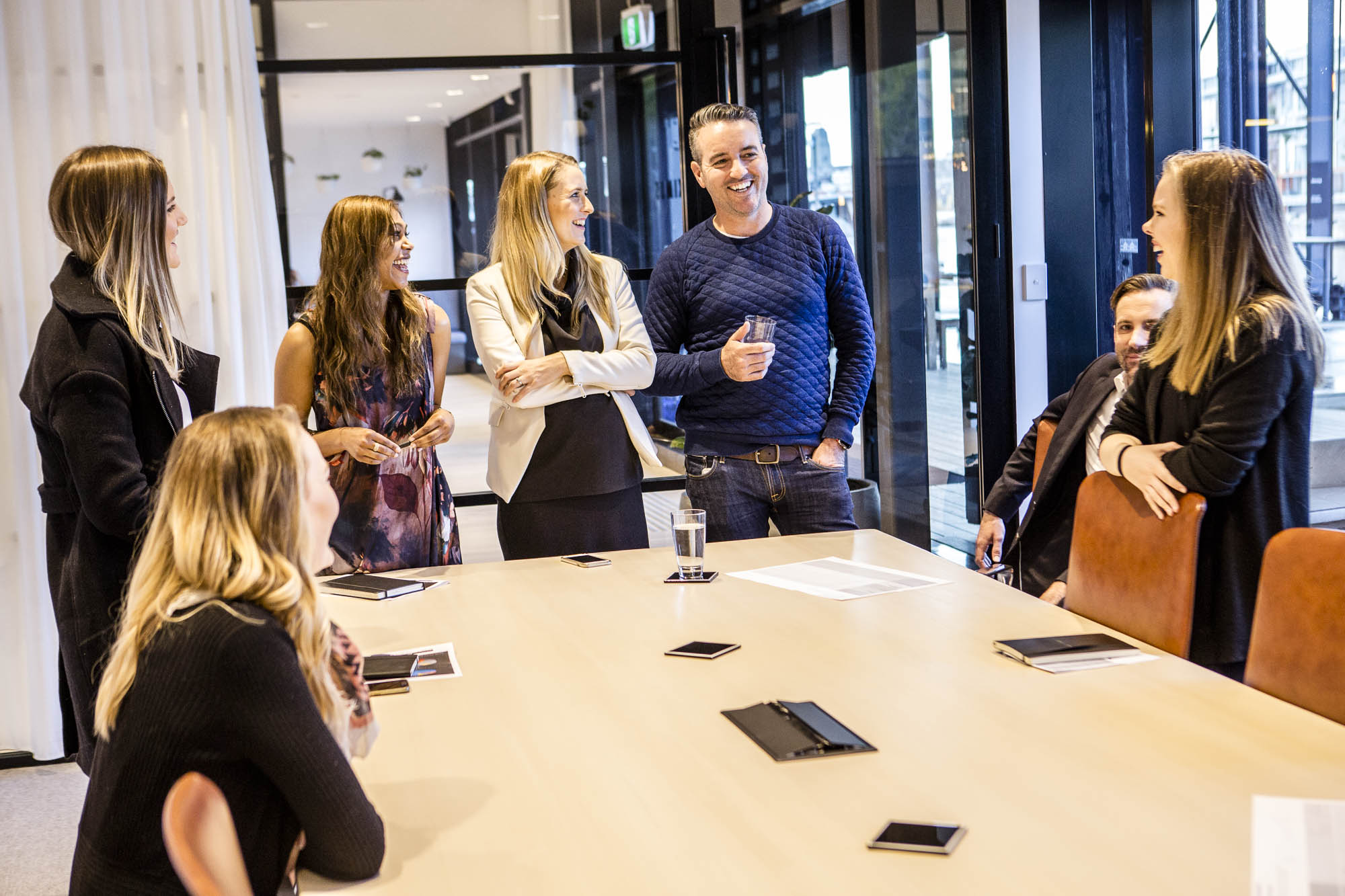 Appropriately, we’re building it in partnership with our clients, and in particular, a major retail bank. The bank took a courageous leap when they approached Maximus to co-create a concept to help them to embed a new way of leadership across the organisation. As they moved the whole organisation to an agile way of working and thinking, they knew that they had to move away from traditional methodologies. I can only discuss the program we co-created in general terms, but the starting point was that the bank really wanted to stoke a fire of change from within, rather than as directives from their executive.

For the first phase we used a combination of principles from marketing psychology to shift human behaviour. We gave people the authority to look at how they want to lead in a different way, rather than telling them in a hierarchical sense what we thought they should do. That authority ignites the will in a way that push-teaching never could, and becomes the spark that fires up the whole peer group. A small starter group spread awareness across thousands of people in the bank, who began adopting these new leadership habits.

This must be established as a sustainable way of learning. It’s a great example of social leadership learning, an example of learning and development reimagined.